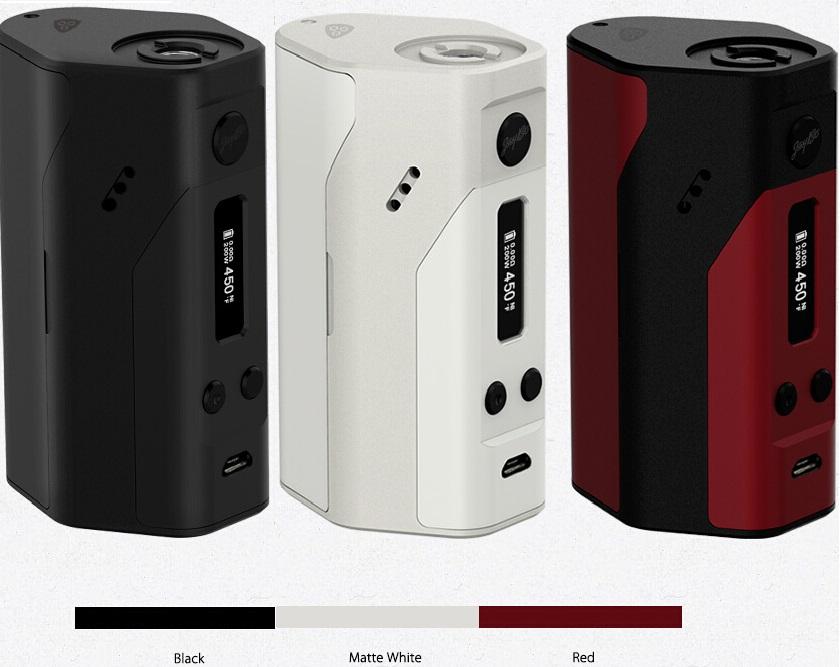 This item is no longer available, however we highly recommend the Aegis 200w Legend Kit by Geek Vape as a perfect alternative. It is shockproof and waterproof and a very robust kit to have – a much better design than the RX200 (click here)

This item is no longer available, however we highly recommend the Aegis 200w Legend Kit by Geek Vape as a perfect alternative. It is shockproof and waterproof and a very robust kit to have – much better than the RX200 (click here)

This beast of a mod takes 3 x 18650 batteries, giving you a huge amount of battery life! Please note that batteries are NOT included with this purchase and can be bought separately here.

Stealth on/off: To turn Stealth on/off all you do is, hold the fire button and the down button together until the LED screen displays “Stealth on”, to turn S

tealth off you do the same, on the LED screen it will display “Stealth off”. By turning Stealth on it allows you to vape without the LED screen illuminating, whilst Stealth is on you tap the fire button once and it will show yo

from accidently being pressed, which will also prolong their lifespan.

Switch display mode: To switch the display mode, press and hold the up and down button whilst the battery is powered off, which will rotate the display screen 180 degrees, this means the LED screen can be viewed from two different angles. The Wismec Reuleaux RX200 will allow almost any tank to be used on it; as long as the tank has 510 threading then it can be screwed onto the battery, such as the Cleito or the TFV8 Baby Beast Tank. This battery also includes a micro USB charger which can be plugged into things such as, plug adapters, computers, car USB and games consoles. Also included with this battery is the user manual which explains in more detail about the temperature control technology and other features, it also explains about different alert signs the display may show such as, “Battery Low”, “Atomizer Low” etc.

There are no reviews yet.

Be the first to review “Wismec Reuleaux RX200” Cancel reply